The chemical structure of pregnenolone

Pregnenolone is a hormone that is produced primarily in the adrenal glands and the brain.  It sits just under cholesterol in the hormonal cascade and is a precursor for all the other steroid hormones: progesterone,  cortisol,  estradiol,  testosterone, and DHEA.  Like the other steroid hormones, pregnenolone declines with age to less than 60% of youthful levels by age 70.

Back seat to cortisol

During the 1940s pregnenolone was studied for its energizing, anti-stress, mood elevation, pro-memory, and anti-arthritis effects.  It was found to be effective in numerous studies but in the 1950s, cortisol was discovered.  Cortisol’s amazing anti- inflammatory properties and quick onset quickly delegated pregnenolone to the back burner.  Pregnenolone is a natural hormone and cannot be patented.  Cortisol, while a natural hormone, could be altered bio chemically, (prednisone, methylpredniselone) and could be patented as drugs.  It was awhile before the devastating side effects of excessive cortisol became known and by that time, pregnenolone was forgotten and has pretty much remained in obscurity in the medical community.  With the advent of anti-aging medicine and treatment with bio identical hormones, interest and use of pregnenolone has reemerged.   In addition to the above benefits, pregnenolone appears to offset the detriments of high cortisol levels, skin aging and deterioration, damage to the memory regions of the brain, impaired wound healing, fluid retention and puffy, flabby skin, and poor sleep quality.  It also stabilized the enzymes of the cytochrome P450 system, which is the major detoxifying pathway for the body, and increases the power of this system.

Pregnenolone has anti-Gaba properties and can interfere with benzodiazepines (such as Valium and Ativan) making them less effective. It can be excessively energizing and excitatory in some people.  It is contraindicated in people with seizures.  Withdrawal symptoms of increased depression and heart palpitations have been reported.

In the studies we have, pregnenolone is remarkably safe in relatively high doses, however there are no studies longer than 3 years and there are no current research studies.  Regarding the function, benefits, and detriments, much more needs to be known about pregnenolone.  Because it cannot be patented, it is unlikely that research will be forthcoming.  Pregnenolone supplementation may be beneficial to some but while sold over the counter, should be monitored by a knowledgeable health care practitioner. 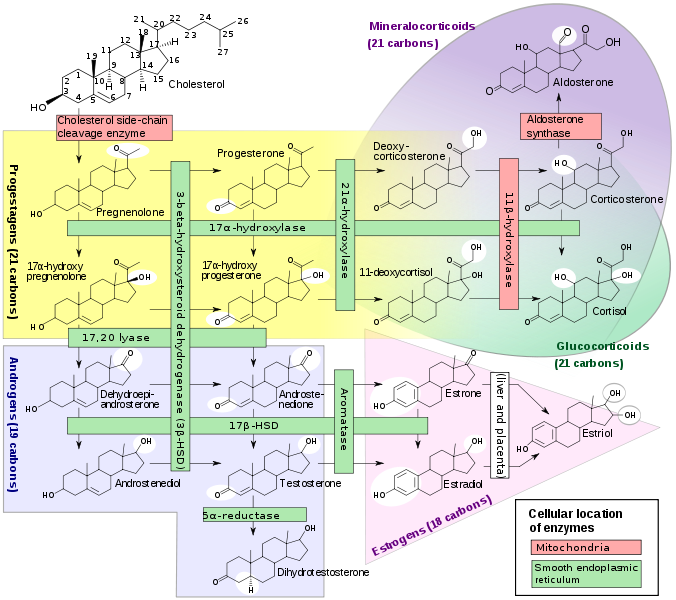